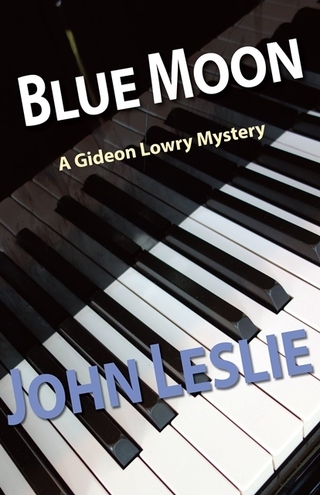 Hail to the Chief
Border Crossing

Killing Me Softly
“Gideon Lowry inhabits a world of endings. Killing Me Softly is a dark walk under the Florida sun.”
--Barry Gifford, Wild at Heart
Night and Day
Gideon Lowry -- full-time Conch, part-time piano player, and sometime P.I. -- delves once again into the treacherous undercurrents of his native Key West when an untimely murder rocks the town's most spirited literary festival, Hemingway Days.
Love For Sale
Key West P.I. Gideon Lowry plays the piano to make ends meet. When a client meets a violent end, however, he plays a different tune -- and murder is only the first note.
Blue Moon
John Leslie's mysteries featuring Key West P.I. Gideon Lowry have been hailed for their "lively pacing" (Chicago Tribune) and "riveting twists" (Fort Lauderdale Sun-Sentinel). Now, as the sultry Florida sun sets in the fourth suspense-charged novel, romance and intrigue heat up -- and someone's going to get burned.
Havana Hustle
Damaged Goods
Killer in Paradise
The sunsets are spectacular. The parties are notorious. The nights are deadly.
A tough Chicago cop in a millionaires' ghetto -- tracking a serial killer.
Bounty Hunter Blues
Craig Chappell had a personal score to settle, but a three hundred-pound son of a mobster got in the way. From the snows of Montreal to the swamps of south Florida, Chappell and the killer are hunters -- and the hunted -- in a deadly swirl of organized crime gone mad. A strong, beautiful, soul-scarred woman is the only thing that stands between them.